A delegation of 21 students and 2 enthusiastic coaches from the International Stream attended the World Scholars Cup in Kuala Lumpur last week.

This was the largest ever round of this tournament with more than 4,000 students and 200 coaches from as far away as Zambia and Norway in attendance! 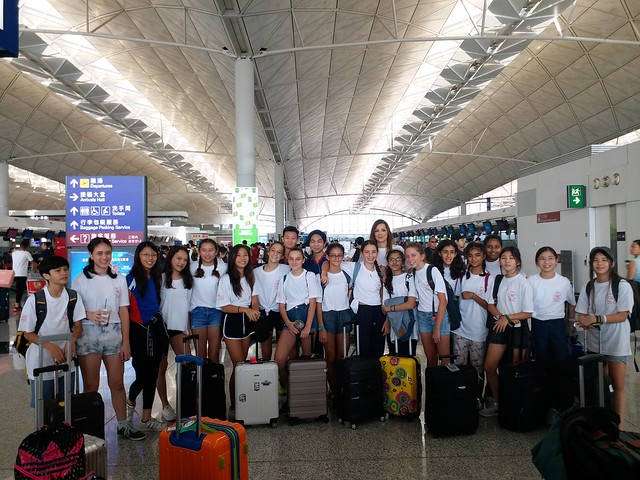 The first day for the Juniors was memorable for the great keynote speech by Gary Turk, the creator of this fantastic poem Look Up  Day 2 saw the competition begin in earnest for the Juniors/Skittles.  One room with 2,400 scholars all packed in to attempt the incredibly difficult 120 multiple choice test that is the Scholar’s challenge is seriously impressive, and after a quick break the same venue saw teams get together to compose their essays for the Collaborative Writing task.  So by 1.30pm it was 2 tasks down, 2 to go!

After a little delay in getting 2,400 scholars and 200 debate judges into 80+ coaches, to travel to 10 different schools around KL, the team debate rounds got underway.  This is probably the most eagerly awaited part of the whole competition, and our 7 teams showed how much they had taken on board since the regional rounds in March.  All teams won at least 2 from 3, and all scored well in the eyes of the judges.

The final afternoon saw 6 FIS teams looking to qualify for Yale, and after lots of running up to and down from the stage to collect an endless stream of silver and gold medals the vast majority got what they had aimed for – an invite to the tournament of champions in November!  The coaches could not have been more proud of every single member of all the teams.