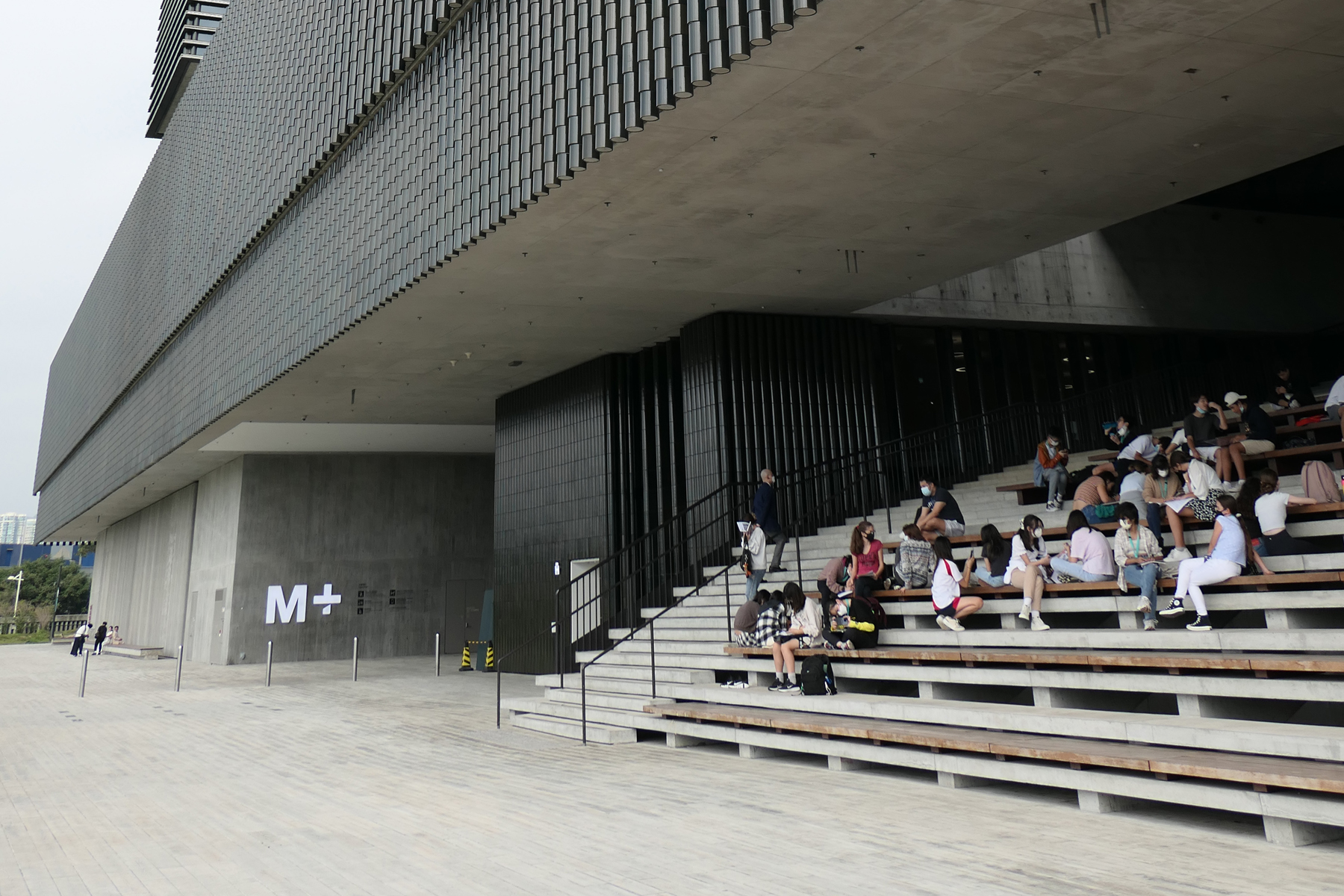 On 14th November, Year 9 went to visit one of the most fascinating and educating parts of Hong Kong: West Kowloon Cultural District. More specifically, the M+ Museum. This was an incredible opportunity because of the lack of school visits over the past 2 years. With covid-19 pausing almost all cultural and knowledge expanding activities outside the Blue Pool Road campus. The students were definitely thrilled for the change of scenery. Describing the field trip as “An awesome way to get used to exploring Hong Kong with our peers!” and “Super cool to finally do stuff outside of school.”.

But why did they spend that beautiful Tuesday on the other side of Hong Kong? To introduce the year group to their new IMYC topic: Community. The M+ Museum was a perfect opportunity to discover about the different communities in Hong Kong. Whether the artists community and the museum community; or even those depicted in the visual art themselves!

For example, there was a particularly interesting wall of watercolour paintings showing Vietnamese immigrants in Hong Kong. These paintings made a lot of the FIS students pause and ask the museum staff if they could elaborate on the artworks. With the artist sharing a point of view of Hong Kong that many people don’t see: the entire Vietnamese community and how they would live their everyday life. Because over a third of the paintings from that collection were just that: interpretation of a day in the life of the Vietnamese community at the time. Maybe that is why they made such an impact. Something beautiful in its simplicity and truthfulness.

The students also got the opportunity to experience a workshop. Drawing their personal interpretation of Hong Kong - including the shapes of all of its islands. After seeing some very unique island shapes and sizes, they were able to draw icons to represent their life in Hong Kong. Some even went as far as trying to correctly place them on the map compared to where they carried out each activity! A wide range of drawings were laid out onto the map. With different types of local foods (siu mai, dim sums, egg waffles, pineapple buns, noodles, and more); places (the school, their homes, where they go daily, malls, etc); and even people and hobbies that are important to the pupils.

However, before the creative part of the day began, year 9 got to learn about the West Kowloon Cultural District and its history. From water for miles on end to museums and cultural establishments. Like the previous states, West Kowloon Cultural district is reclaimed land. With water and fish flowing where the expansion of the island now resides. The museum staff explained that the idea to create such a place first arose in 1998. However, it would take 10 years before the project was given the green light and construction began. After 2008, the project continued until 2011. Creating the rough outline and buildings of the island. And let’s not ignore the fact that the West Kowloon Cultural District is a vibrant part of Hong Kong that faces construction and changes, for the better, daily. In order to create one of the largest and most significant cultural projects in the world where the local arts scene can interact, develop and collaborate.

Bruce Woolley
Leader of learning for creative arts, and teacher of creative studies