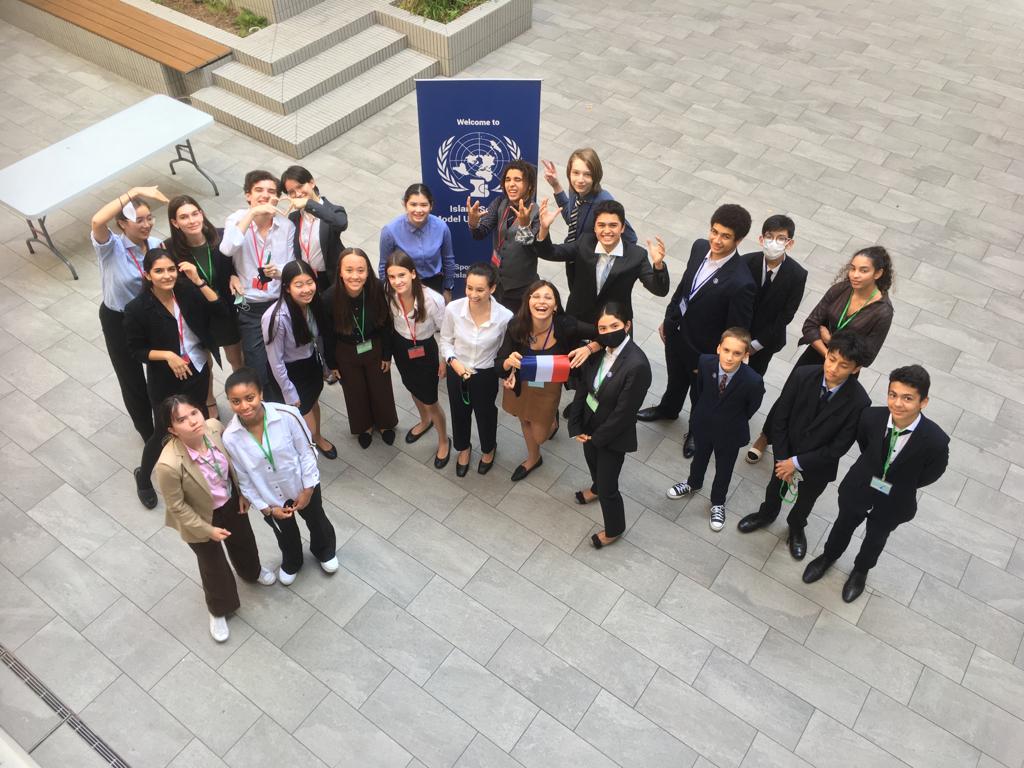 FIS MUN delegates attended the inaugural Island School MUN at their brand new campus on Borrett Road this past weekend. Admirably prepared by our student Directors, all 22 delegates (and one Chair) conducted themselves professionally and with great aplomb. Some interesting committees were debuted at this conference, such as the House of Commons, were delegates took on the roles of British politicians and the unique debating style of the British Parliament.

After two days of intense debate, impassioned speeches and interesting POI's, the conference ended with the following honours being awarded to our FIS delegates.

The next conference is DBSMUN in December and the club continues to meet on Thursdays at 17:30. Any interested students should make themselves known to either Mr Shum or Mr Brady or the student Directors Inès, Marie, Alissa, Jules or Ethan.

We are also planning our own FISMUN conference in April 2023 - Stay tuned for details!