24 Hour Charity Dinghy Race: another year of FIS dominations on the water 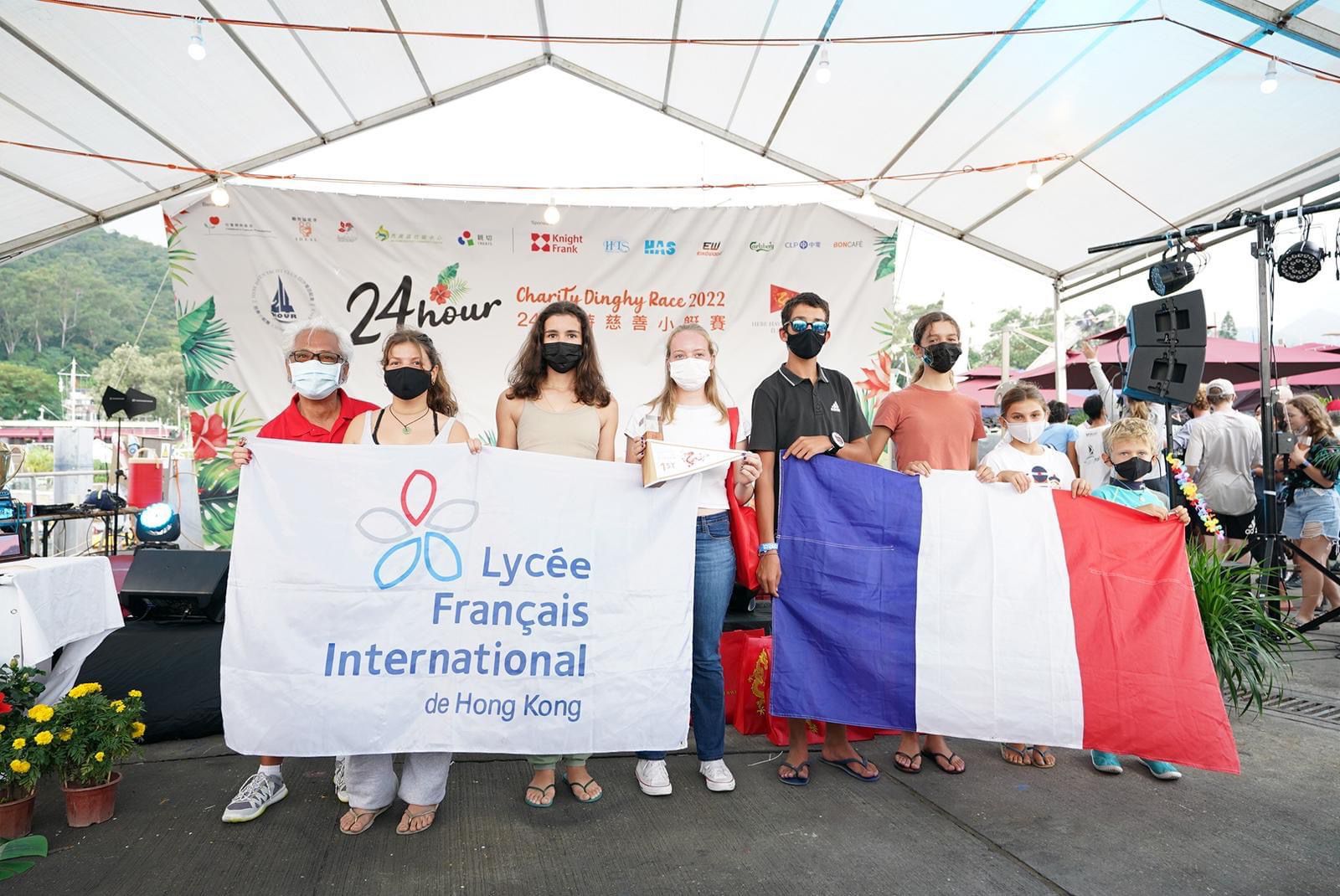 As the title suggests, the event lasted 24 hour race and our participants sailed from  2pm on Saturday and finished at 2pm on Sunday with 43 boats participating in total. Students rotate in shifts of 2 hours during the day and the night. This gives sailors a chance to experience night sailing for the first time as well as working in shifts to keep the boat moving during the entire 24 hours. The French School team was made up of two boats: a RS Feva and a Laser Pico. The conditions were quite light during the entire 24 hours despite the forecast predicting strong wind during the night. The event allows less experienced sailors to join some of Hong Kong's top sailors to gain racing experience as well as give disabled people access to the sport through the charity Sailability.

The aim was to complete the most number of laps and donate a large sum of money for the charities chosen by the organisers such as the Children’s Cancer Foundation and Sailability (giving disabled people access to the sport). In total FIS raised over $18,000 and got four podiums after a fierce battle against RHKYC Sharks, HHYC Dragons, HKA, HKIS, Kellet, KGV, RCHK as well as adult teams. The school came first and second in the School team division since both boats were the first school team in their respective classes. The team also finished first in the Laser Pico division, a full five laps ahead of the runner up, and third in the RS Feva division. In total FIS completed 69 laps in both divisions. This is subject to change according to the donation rules. The results will be confirmed at the cheque presentation a month after the event.