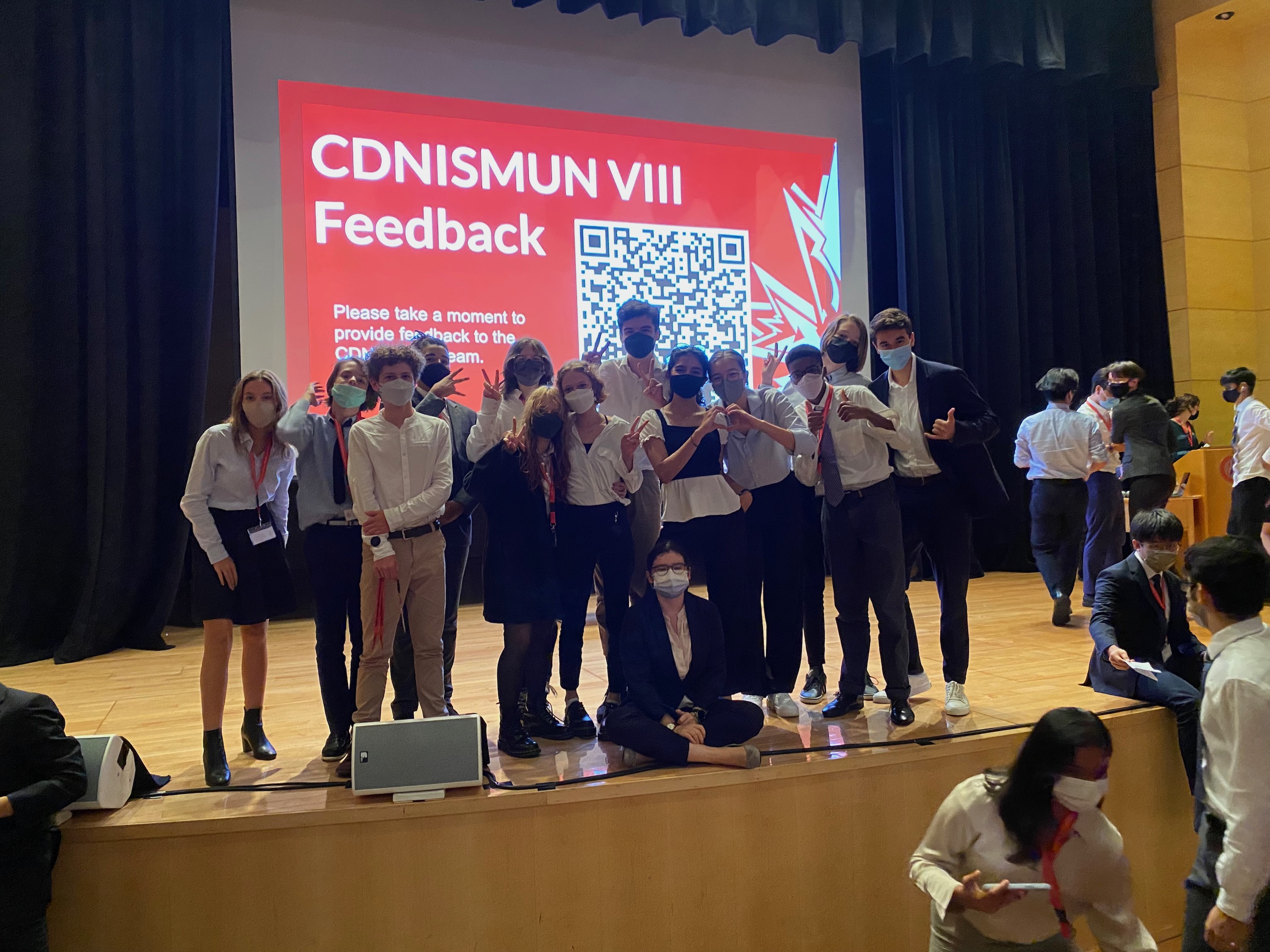 On Friday 16th September, 14 intrepid FIS delegates representing countries ranging from Australia to Saudi Arabia journeyed to Canadian International School to participate in the 7th CDNIS Model United Nations. The students have been preparing over the summer holidays and we have traditionally performed very well, and this year was no exception.

After nerve-wracked opening speeches, intense lobbying with delegates from other schools and writing and amending resolutions that covered topics ranging from the denuclearisation of North Korea, poverty and food security in the developing world, to the sustainable development of space, our delegates equipped themselves admirably.

Resolutions were passed, new friendships were forged and a number of our delegates won special awards for their outstanding performances over the weekend. A notable mention should be made to Gaspard (3e) who won the award for most improved delegate - after only joining the MUN club the day before the conference!

We have lined up quite a few more conferences this academic year and if travel restrictions are dropped, we may even head to SIMUN in Singapore!

The MUN club meets each Thursday after school (1730-1830) and we welcome students from all secondary year groups. Interested students can also see Mr. Shum or Mr. Brady if they'd like to find out more.